MEMBERS OF THE PRIVATE ENTERPRISE FEDERATION AND THEIR COALITION PARTNERS CONGRATULATE ALL THE WINNERS FOR THEIR DEDICATED SERVICE TO THE PRIVATE SECTOR. 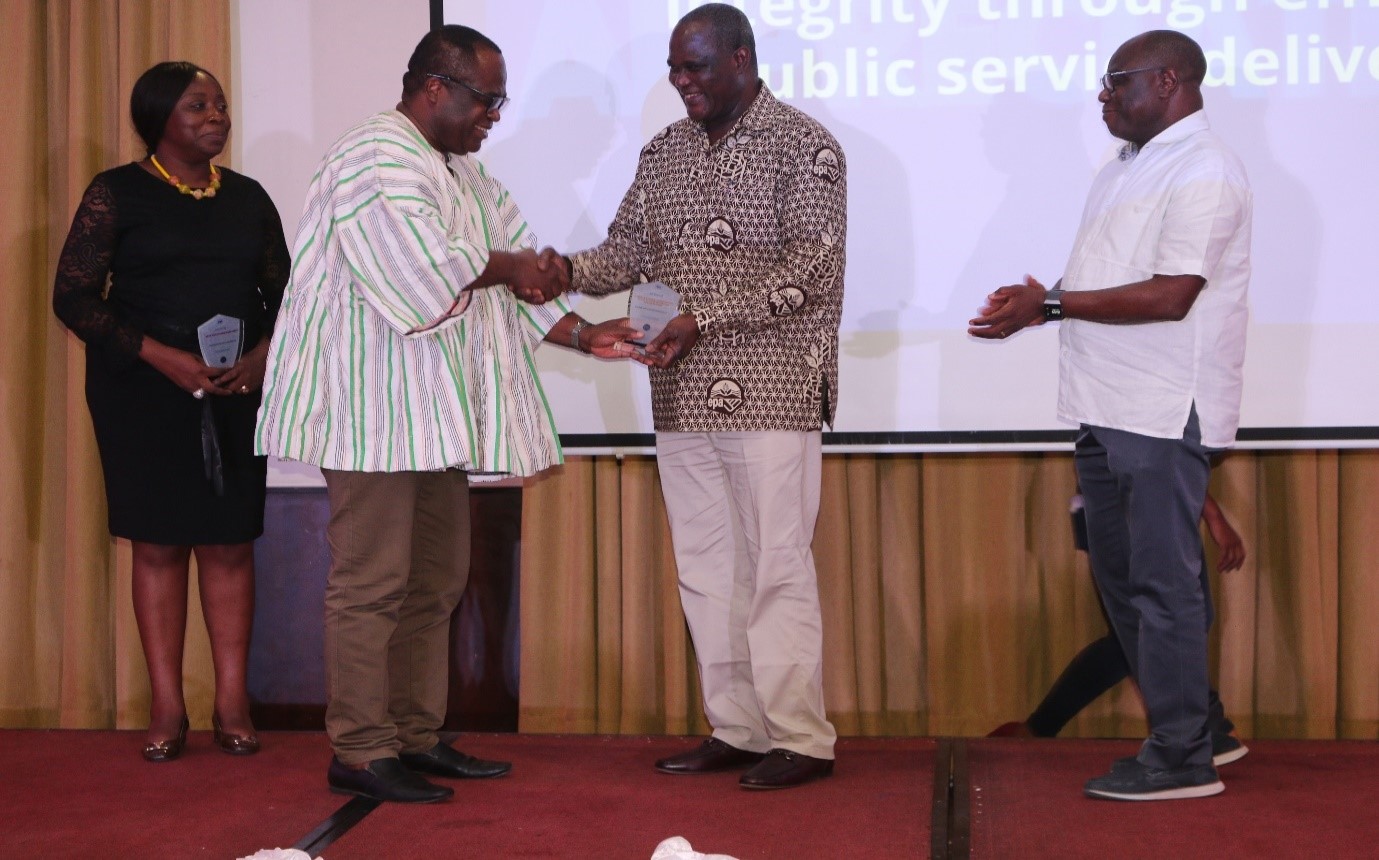 Mr. John A. Pwamang, the Acting Executive Director of the Environmental Protection Agency (third from the left) and team receiving the award as the Best Performing Agency of the year from Mr. Kwaku Agyemang-Duah, Chairman of the Governing Council of the Private Enterprise Federation (second from left). 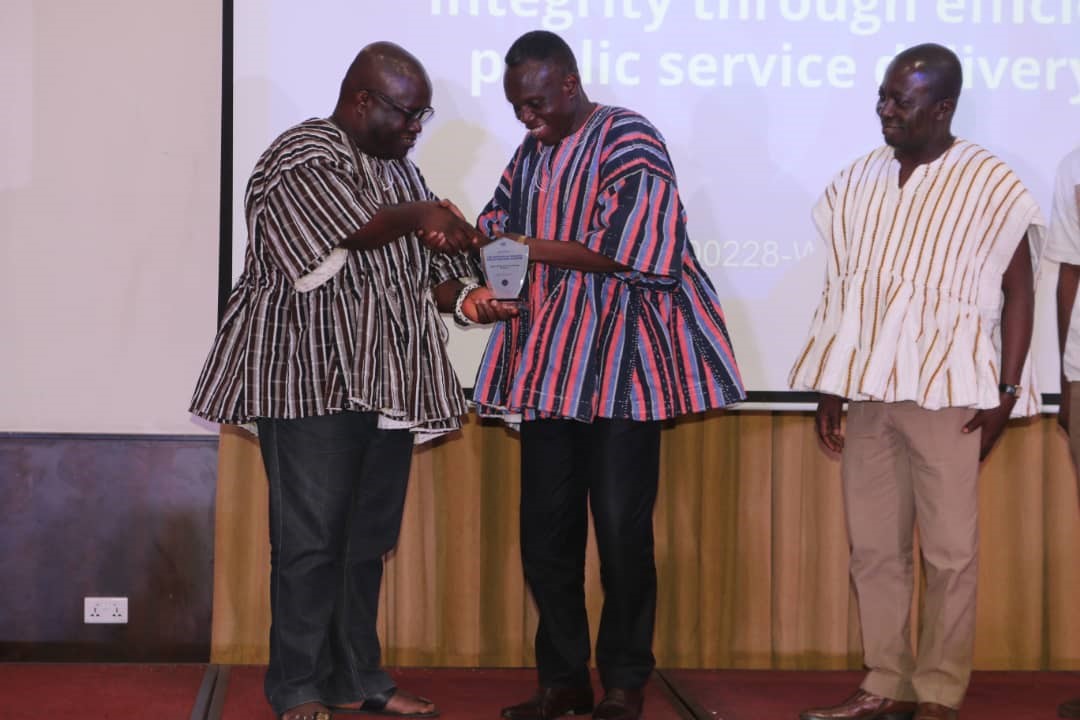 Mr. Lawrence Dakurah, National Director of the Land Use and Spatial Planning Authority (second from left), receiving the award for the Best Reforming Agency of the year from Dr. Kenneth Ashigbey, a member of the PEF Governing Council and CEO of the Ghana Chamber of Telecommunication (first from left). 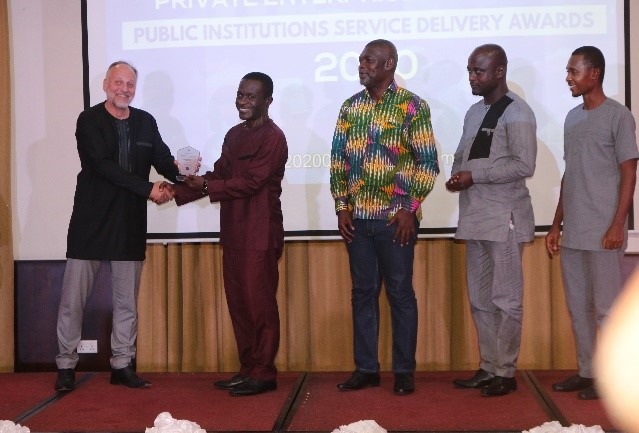 Mr. Frederick Ohene-Mensah, The National Director of the Department of Factories Inspectorate (second from left) and his team receiving two awards “Award for practical approaches to fight and prevent corruption” and “Award for best corruption reporting mechanism” from Nicholas Gebara, the Fund Manager of BUSAC (first from left).