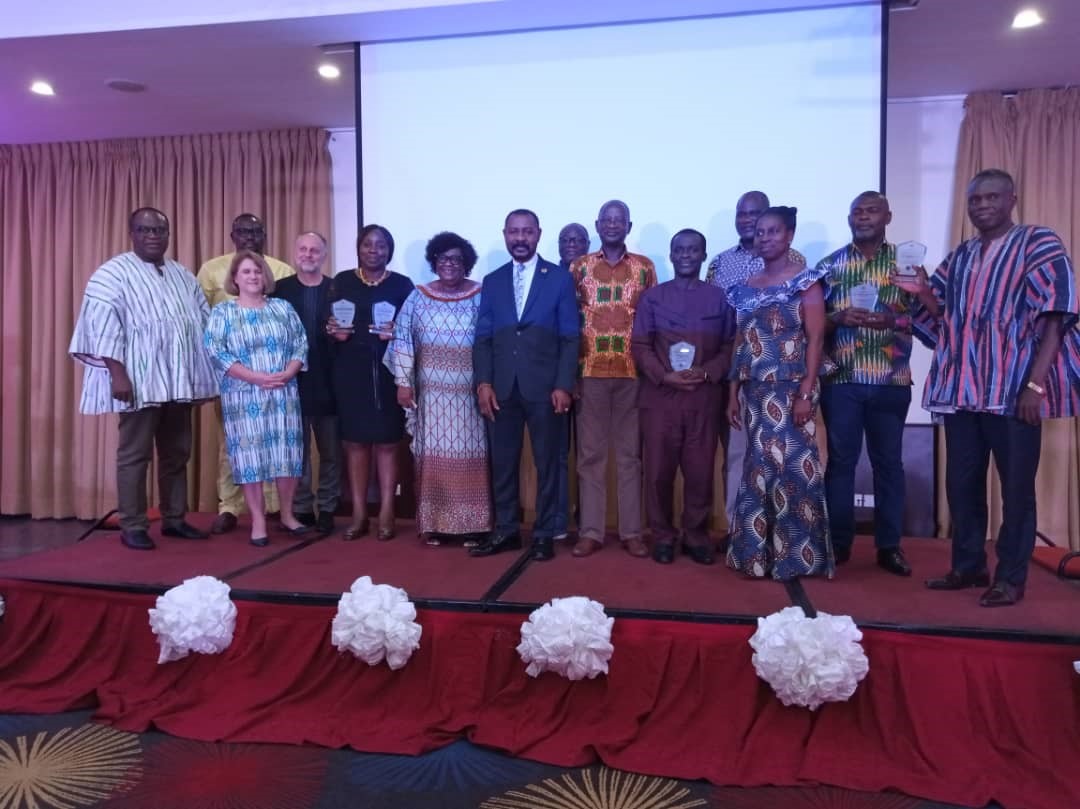 A cross-section of dignitaries and awardees at the event

As part of the Strategic Partnership to Prevent and Fight Administrative Corruption in Ghana, (the “SPPACG Project”), PEF has introduced an award scheme known as the PEF Public Sector Service Delivery Award to serve as a recognition for public sector institutions reforming their operations for efficient and effective service delivery. The awards ceremony for this year only considered public sector organizations who PEF have been working with under the project so far.

The last two awards were the most prestigious for the night received by the Land Use and Spatial Planning Authority (LUSPA) and the Environmental Protection Agency (EPA) with a surprise award going to the StarGhana Foundation for their tremendous support to PEF and other like minded organizations over the years towards eradicating corruption in the country. Over all EPA won most awards, five in total, namely; the adoption of modern service delivery charter, the adoption of innovation in service delivery (including IT), best customer care unit, best business friendly and timely delivery of service to the private sector and the ultimate ‘best performing agency’ award. Followed by the Department for Factories Inspectorate (DFI) winning three in total in the following categories; adoption of modern service delivery charter, practical approaches to fight and prevent corruption and best corruption reporting mechanism.

The Land Use and Spatial Planning Authority (LUSPA) also won two awards including the prestigious Best Performing Agency award and the award for adoption of modern service delivery charter. Dr. Grace Bediako, the Director General for the National Development Planning Commission (NDPC) was the special guest of honor for the night. The participants were from government agencies, private sector associations and chambers, development partners, civil society organizations, members of the media and the diplomatic corps. The event was colorful, interspaced with traditional music and dance.